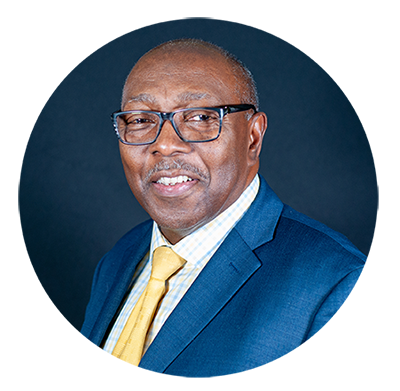 As a very young man, Eli Williams was a professional singer and entertainer. After leaving that field, he held various sales positions until settling into a career in broadcasting. In the late 1980s, Williams and his wife Judy accepted their calling into Christian ministry and began their charitable outreach work as Lifeline Ministries.  Christian broadcasting, The Sonshine Clubs children’s ministry, and feeding the hungry were among their first endeavors. They formerly organized as Urban Light Ministries Incorporated in 1995, with Eli as President and Judy as Secretary/Treasurer.

Besides serving Urban Light as President and CEO, Williams hosts a weekly radio broadcast and is writing a second book. He continues his community involvement with a focus on racial reconciliation. An ordained minister of the gospel of Jesus Christ since 1997, Williams is a pastor at New Hope Church in Springfield, where he and his wife of nearly 37 years, have resided since 1985. They have three sons, four grandchildren, a dog and a cat.

Other Works and Ministries

Hot Gospel 20 is a Syndicated Weekly Urban Gospel Countdown featuring the Hottest 20 Gospel Airplay Singles according to Billboard Magazine.  Hot Gospel 20 is heard around the world on Broadcast and Internet Stations along with Tune-in, Podbean, Stitcher, and Tumblr.  The podcast on Podbean has been downloaded more than 100,000 times.

Pastor Eli Williams is the author of the book Father Love.  Father Love explores the concept of love as it is described in the word of God, and considers its application for dads.  The book encourages and inspires a father to give his child what no one else on earth can . . . his best, fully-developed Father Love.